Where is the hotel located? 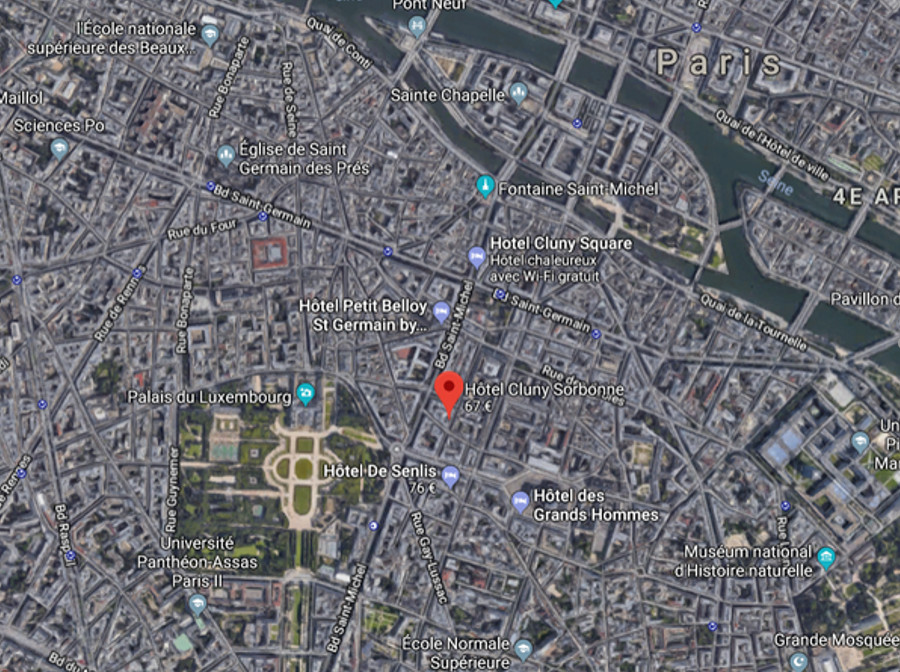 The hotel Cluny Sorbonne is located in a quiet side street, without the noise of large avenues, facing the University of La Sorbonne near the Pantheon, Notre Dame de Paris, the College de France and the Luxembourg Garden.

We offer you a stay in a charming hotel of 23 rooms where you will find all the comfort, in the heart of the Latin Quarter and the Old Paris with its typical streets and its stones charged with History. 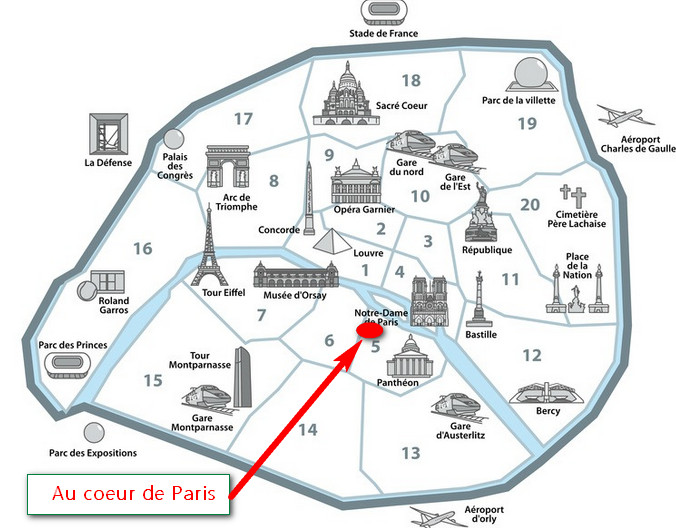 A hotel in the heart of historic Paris

If you want a personalized itinerary and more detailed plans, you can use the services of Mappy by clicking here: www.mappy.fr 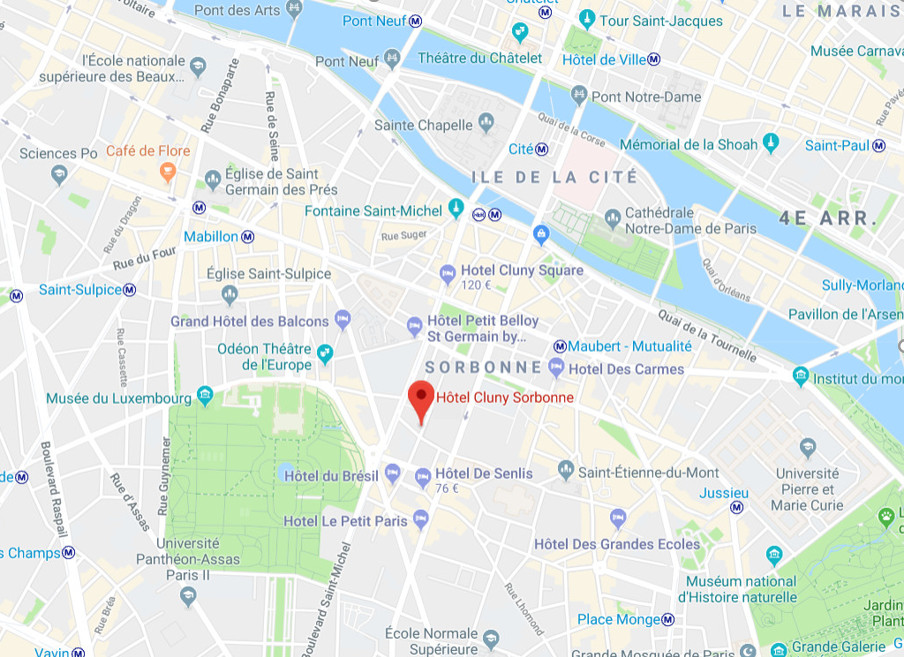 In the center of the Latin Quarter

The hotel Cluny Sorbonne is well served by transport (3 lines of RER, many metro and bus). These amenities ensure easy and fast connections to tourist sites, airports and train stations, and exhibition venues.

Paid public parking is 100m from the hotel.

Arrive at the hotel and leave

Parc des Expositions – Le Bourget: close to the hotel, at the Luxembourg station, the RER line B takes you directly to the exhibition centers

Museums and Eiffel Tower: strolling on foot from the hotel, facing the Sorbonne crossing the boulevard Saint-Michel, the banks of the Seine, and passing Notre-Dame in the Ile de la Cité, you reach the Center Pompidou. The Musée d’Orsay is located Rive Gauche, on the banks of the Seine, by a beautiful course along the quays. A little further, still along the quays, the Branly Museum at the foot of the Eiffel Tower. On the other side of the Seine, Right Bank, passing by the Ile de la Cité and the Quai aux Fleurs, you reach the Louvre Museum. In the immediate vicinity of the hotel, several museums: the Luxembourg Museum, the Museum of Cluny (Middle Ages), the Institute of the Arab World. Not to mention all the monuments of the district.

Gare du Nord – Gare de l’Est: from the RER station Luxembourg line B, 200 m from the hotel, we reach the Gare du Nord. It may be preferable to use the bus 38 which also goes there directly. The Gare de l’Est is on metro line 4, from the Saint-Michel station, or the Odeon station (or bus 38).

Gare Montparnasse: Gare Montparnasse is located in a district bordering the Latin Quarter, on the other side of the Luxembourg Garden. Bus 84, metro station Saint-Michel or Odeon line 4, take you there directly.